Tips and Tricks to Help Children Learn to Brush Independently 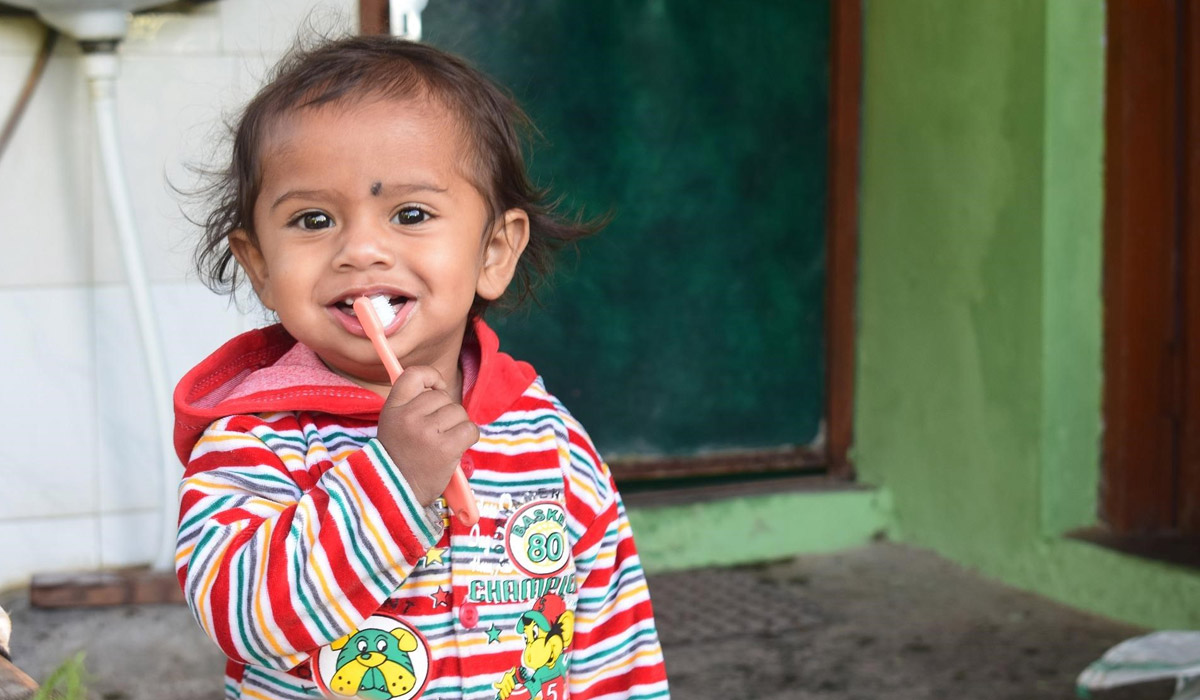 Few parents can say that getting children to brush is blissful. Teaching your kids to establish good hygiene habits can be challenging, but luckily there are a few ways to bypass the fuss and get kids more excited to take care of their teeth on their own.

Tooth decay is an all too prevalent problem in young children, so it’s up to the parents to instil the right dental care habits and create self-sufficient brushers. You shouldn’t have to demand your kids to brush their teeth- they should get in the habit.

Of course, your child should be seeing a dentist regularly for general check-ups and cleanings. You can explore our dental care services here. As for what you can do to help your kids take control of their dental health on their own, consider these tips:

Kids are very observant and often emulate the behaviours of their parents. That’s why it’s important to be a good example even when you don’t think your kids are watching. Chances are, they’ll pick up on your bad habits faster than they will your good habits.

Leave as little room as you can for these bad habits by being an avid brusher yourself. This means brushing twice a day, frequent flossing, and saying no to excessively sugary foods. As soon as your child sees your dedication to maintaining a healthy smile, they’ll start doing the same.

If parents simply relied on asking or demanding, kids would almost never do what they’re told. So, it’s up to the adults to get creative and think of some fun ways to brush.

While it may seem silly, your child will respond better to something that has an element of fantasy. Kids get bored easily, so find a way to make dental care entertaining and eventually they won’t need you to tell them when and how to brush.

Shop with Your Kids

There’s nothing like the face of a wide-eyed kid exploring a store, enamoured by shelves upon shelves of colourful and exciting new things. Luckily, brands recognise that kids react positively to imaginative designs, so they create toothbrushes and toothpastes that look appealing to kids.

Instead of simply equipping your child with a toothbrush and toothpaste that you picked, give them some authority by letting them shop for their own brushing equipment. It will make brushing more fun for them. They can find a brush with a cartoon character they love in its design, or one that sings their favourite song.

Another simple way to make your kids more eager to brush is to do it with them. If they have older siblings who they look up to, encourage them to bring the little ones along while they brush.

Children will be more motivated to brush if they feel like there’s an innate cool-factor involved with brushing. If everyone’s doing it, they’ll want to as well.

It can begin to feel frustrating if you have to beg your child to brush, but they never seem to listen no matter how hard you push. Parents often resort to threatening punishments if their kids don’t start brushing teeth on their own.

Even if you feel discouraged, avoid doing this because it will make your child even less likely to brush at all. They might refuse to brush in order to spite you. Don’t try to instil fear in them either. There’s a difference between telling them they’re going to get sugar bugs and telling them their teeth will rot.

You must positively reinforce your kids if you expect them to listen to you. Track how much time your child spends brushing their teeth and reward them. You can give them a special toy or an extra few minutes of screen-time. These rewards may be small, but they go a long way.

Let Your Child Practice on You

Kids love to feel like they have responsibility, so letting your child brush your teeth is actually a good way to encourage them to brush their own teeth. Promise them you’ll let them brush your teeth once they’re finished brushing their own.

It may be uncomfortable for you, but put on an Oscar-worthy performance and act like it’s the time of your life. Showing your kid that you’re having fun will make brushing seem much more appealing to them.

Another thing that helps children stay focused while brushing is music. Play one of their favourite songs from Spotify while they brush their teeth so they can follow along to the rhythm.

There are apps you can download specifically for this purpose that play songs that last for as long as you should brush your teeth. Once the music ends, the brushing session ends as well. With this method, it’s easier for kids to focus since they have a point of reference that is both fun and encouraging.

While it may be difficult to make independent brushers out of untame-able children, it’s not impossible. Before you know it, brushing and flossing will come naturally to them. If all else fails, bring them in to our office and we’ll teach them some fun ways to make this mundane necessity a fun habit. For more information, speak with our dentist in NW Calgary.